How do we study the climate changes that took place hundreds of years ago?

An article co-authored by Dr. Maria Barbacka from our Institute has just been published in the prestigious journal Earth-Science Reviews. The article presents a multidisciplinary analysis of changes that were taking place in the Earth's system (carbon cycle, climatic parameters, sea level, vegetation) during the Late Triassic and Early Jurassic, over 30 million years, an important period in the history of our planet.

The research was carried out based on a complete geological record of the Kaszewy drillcore in central Poland. The obtained carbon cycle data in the atmospheric system was compared with a similarly continuous record from the Mochras drillcore in the United Kingdom, which allowed for a reliable stratigraphic correlation of the profile from Poland, containing a few index fossils, with the British profile rich in ammonites. The main and new finding is a statistically significant relationship (expressed by an equation) between the content of terrestrial organic matter and the isotopic values of carbon. This relationship was controlled by the rate of decomposition of terrestrial organic matter (with the key role of fungi), which was largely dependent on temperature. This, in turn, allowed for the interpretation of air temperature changes over a long period of geological time. Temperature changes resulted from changes in the concentration of carbon dioxide in the Triassic and Jurassic atmosphere, and their mechanism was related to volcanism and the Earth's orbital cycles. Changes in the concentration of carbon dioxide were also independently confirmed in the analysis of the stomata of plants. 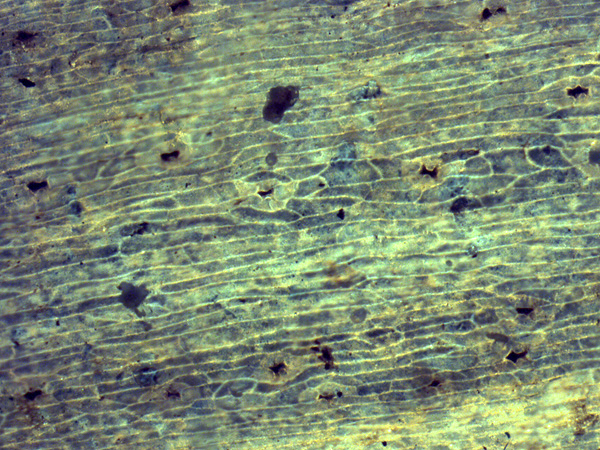