PIONEER: Palaeogenomics of Central European refugia: spatio-temporal dynamics of arctic-alpine flora at the interplay of northern and temperate latitudes

The Quaternary, the geological period we are currently living in, has been characterized by climatic oscillations which induce recurrent glaciations and interglacial periods. During the cold, glacial periods, ice sheets covered large areas of Northern Europe, forcing species to move southwards. In turn, during warmer interglacials the ice retracted and species could re-colonize the formerly glaciated areas. These processes were formative for the contemporary European flora and fauna and thus comprehending them is crucial for our understanding of current patterns of biodiversity, and their potential changes in response to ongoing climatic changes.

Here, we focus on arctic-alpine plants, that are species which currently dwell in the northern regions but are also present in high mountain ranges of the temperate climatic zone, in an island-like system of cold mountain habitats. Their geographical ranges, as those of the entire European flora, were dynamic in the past. During the cold, glacial periods, those species were moving their ranges from the North to the lowland area of Central Europe, south of the continental ice-sheet, and to the Central European mountains. In turn, during warmer interglacials they were recolonizing the North as the glacier disappeared. At the same time, they also moved from the lowlands (due to changing climatic conditions and increasing competition from temperate species), while staying in high-mountain zones of the temperate mountains. Currently, the Alps, the largest and highest European range, provide the most extensive habitats for cold-adapted flora. However, during the glacial periods, those mountains were extensively covered by glaciers being mostly unsuitable for the flora. In contrast, the Central European mountains were not as heavily glaciated during the Last Glacial Maximum. Some of these massifs (especially the Tatra Mts. with their large altitudinal extent and variety of habitats) could provide suitable environment for arctic-alpine plant populations both during glaciation of Northern Europe and during warming periods. As located more to the north than the Alps, they could also serve as important source of the recolonization of the North. The remnants of those populations can be still found today in the mountains, isolated from the more continuously distributed populations in the North.

In this project, we investigate the role of the Central European mountains in preserving the diversity of arctic-alpine plants during the Last Glacial period and further on until present. We will perform genetic studies both of contemporary populations and their past traces, remaining conserved as environmental DNA within ancient sediments deposited at the bottoms of mountain lakes. Exploring the past communities of plants is possible using “environmental metabarcoding”. This technique allows to sequence a "DNA barcode", that is a DNA fragment allowing species identification, from mixed environmental samples. By DNA barcoding of chronologically deposited lake sediments, reaching the Last Glacial, we will gain insights how the species composition of the investigated areas changed from then until present. We will understand to which extent the communities of arctic-alpine organisms occurring in Europe during the Last Glacial correspond to the current high-mountain communities. By sequencing ancient DNA, and applying highly innovative methods, we also plan to track individual genetic lineages of selected species in particular sediment layers, and thus trough time, from the Last Glacial onwards and link them to the current populations. This way, we can investigate which areas in the temperate Europe were an important source of the contemporary northern populations of arctic-alpine plants and to what extent the arctic-alpine communities from the Last Glaciation in Central Europe persisted here until the present times. We will also understand better what is the role of the Central European mountains in the resilience, dynamics, and maintaining the genetic diversity of the arctic-alpine flora. 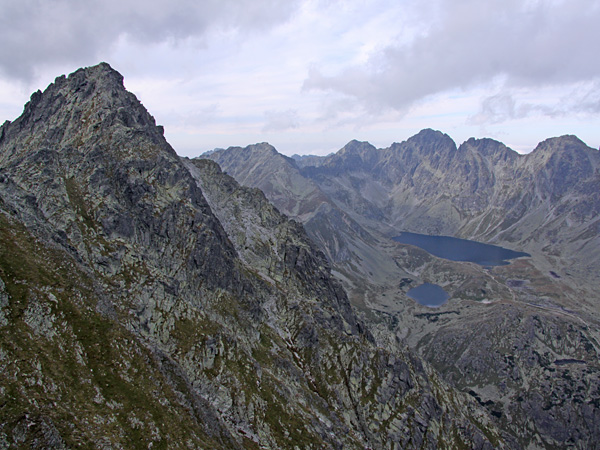