Species delimitation and phylogeny of neotropical Lecanora s.l. (lichen-forming Ascomycota, Lecanoromycetes) from Bolivia based on multilocus and phenotypic data

The genus Lecanora represents one of the largest genera of lichenized fungi (lichens). This overall cosmopolitan group of discrete crustose lichens is ecologically diverse (e.g., epiphytic, saxicolous, terricolous, xylophilous, and muscicolous taxa) and shows various patterns of geographic distribution (common, widespread, rare, and endemic taxa). According to a recent estimation, the genus Lecanora comprises ca. 500 species and is considered one of the more taxonomically challenging heterogeneous and understudied assemblage of lichens. Whereas some members of the genus Lecanora are well known for their broad spectrum of sensitivity to air pollution and are often used as biological indicators (e.g. L. conizaeoides), others are well known as pioneer lichens (e.g., L. dispersa and L. polytropa) and play an important ecological role in the process of succession. Because of the above reasons basic research on the biology and taxonomy of this group of lichens is crucial in order to preserve biodiversity. Such studies are of particular importance in relation to tropical areas such as Bolivia, which are considered invaluable centers of biodiversity, and on the other hand one of the most threatened ecosystems in the world. The project focuses on neotropical species of Lecanora occurring in Bolivia with special emphasis on species delimitation and phylogenetic relationships among them based on multilocus molecular data including intergenic markers. Both symbionts, fungus (mycobiont) and algae (photobiont), will be genetically characterized and subjected to various analyses. Morphological and chemical (lichen substances) features of lichen thalli will be evaluated in light of the reconstructed phylogenies. Phylogenetic affiliation of photobionts will be analyzed in a broad phylogenetic context of symbiotic and free-living treboxioid taxa. The project will be an important contribution to our knowledge of neotropical lichens. It will be the first study on the genus Lecanora to incorporate: i) multilocus molecular data including novel markers that can be potentially applied to systematic studies on a broader selection of mycobionts from the Lecanoraceae; ii) implementation of numerous methods for species delimitation and validation; iii) and the inclusion of photobionts associated with the Lecanora mycobionts. It will also provide a solid framework for the future comprehensive revision of the whole genus Lecanora. A very important outcome of the proposed project will be the first comprehensive treatment of Lecanora for neotropics comprising all groups of taxa and a new tool for lichenological studies in the area. 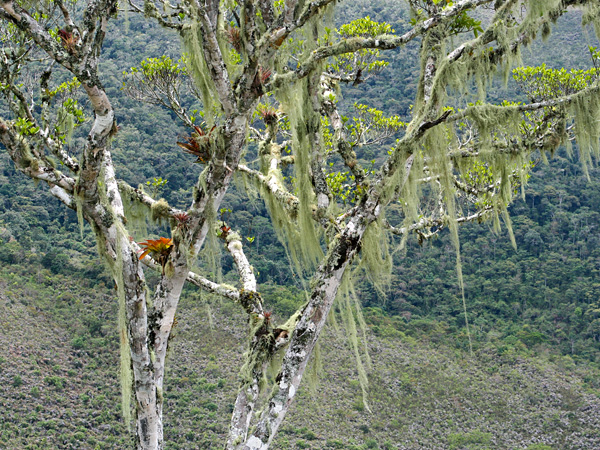 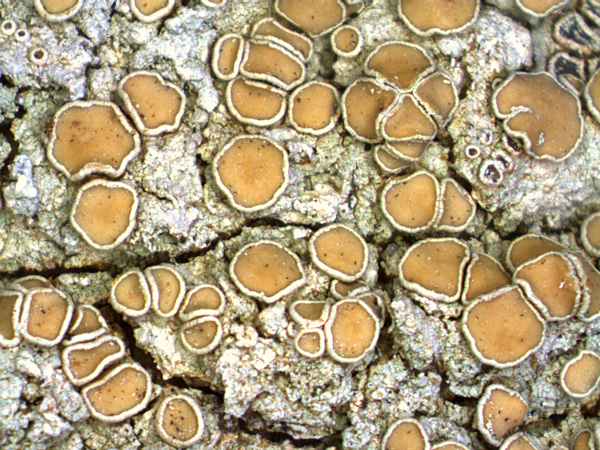 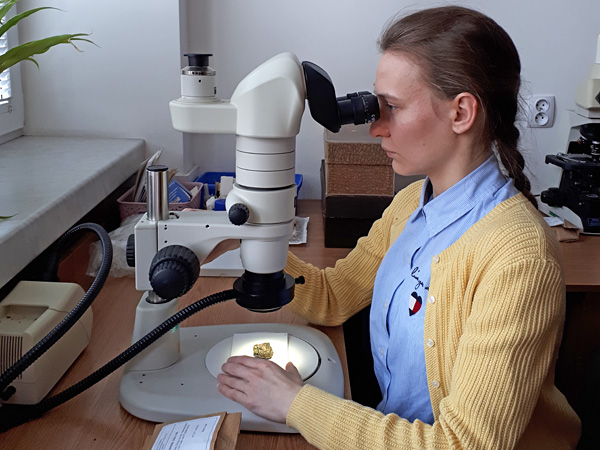 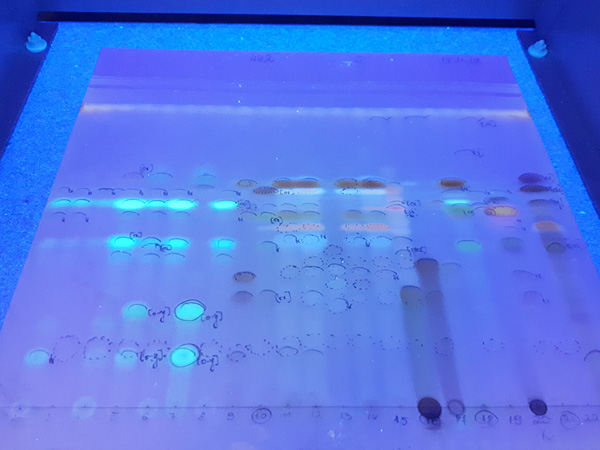 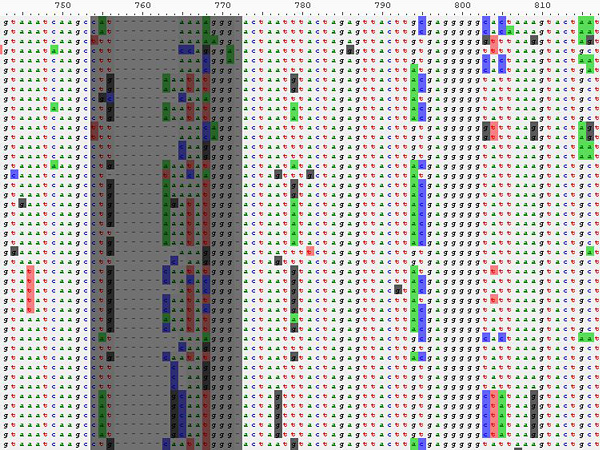 Fragment of the alignment of rDNA nucleotide sequences with color highlighted differences from the majority consensus and with gray highlighted regions excluded from analysis.
Photo: IB PAS.