Forests of the loess regions of Małopolska: reconstruction based on archaeological wood charcoal

Human activity which consists in collecting fuelwood around settlements can be used to reconstruct forests growing in the immediate vicinity of human settlements even after millennia. It is based on the assumption that fuelwood was collected frequently, almost every day, and the main factors influencing its choice were the availability and ease of transport to the settlement. It seems that collecting wood with the lowest possible moisture content was also of great importance. For these reasons, a large share of firewood could have been collected under the canopy of the trees, which, systematically brought to the settlement, could have been a good representation of the local vegetation.

An attempt to reconstruct forest communities developing in the loess areas of Małopolska in the period from the beginning of the Neolithic to the middle of the Bronze Age was made by Dr. Magdalena Moskal-del Hoyo, summing up many years of research on the remains of firewood found in the fills of archaeological features from 79 sites. Wood charcoal remains from the oldest Neolithic settlements indicate that at the time of the emergence of the first farming communities, over 7,000 years ago, in the loess-covered areas adjacent to watercourses, there were local deciduous forests with a dominance of oaks, in the type of well-lit oak forests and/or multi-species deciduous forests similar to present-day hornbeam forests, although essentially without hornbeam (due to its subsequent migration). The high proportion of pine indicates that mixed pine-oak forests could have also developed locally. Late Holocene migrants, i.e. hornbeam, beech, and fir, appeared in the materials from the beginning of the Bronze Age (first half of the second millennium BC), however, initially they gained a greater share only in the Carpathian sites and those located on the right bank of the Vistula.

More about the research results can be read in the article: 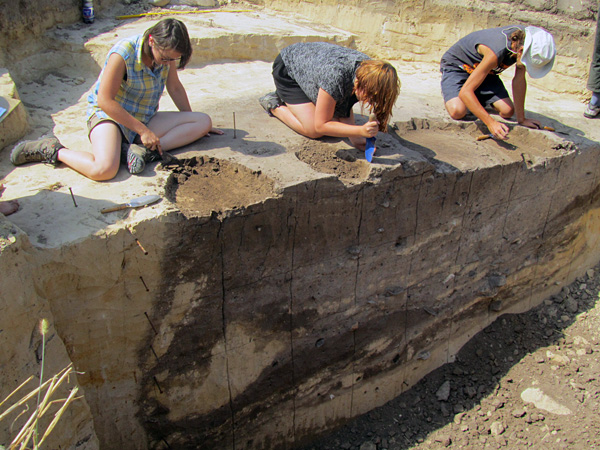 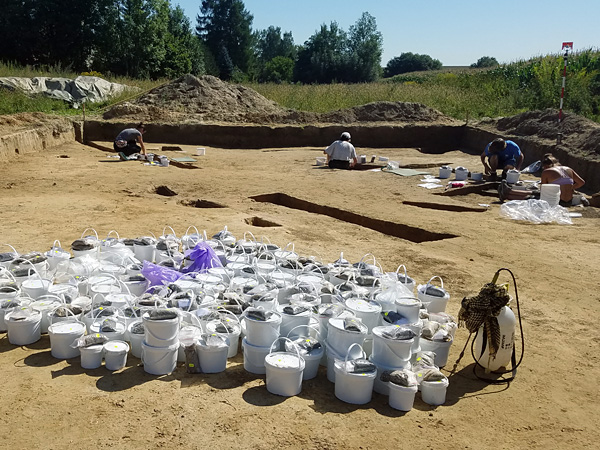 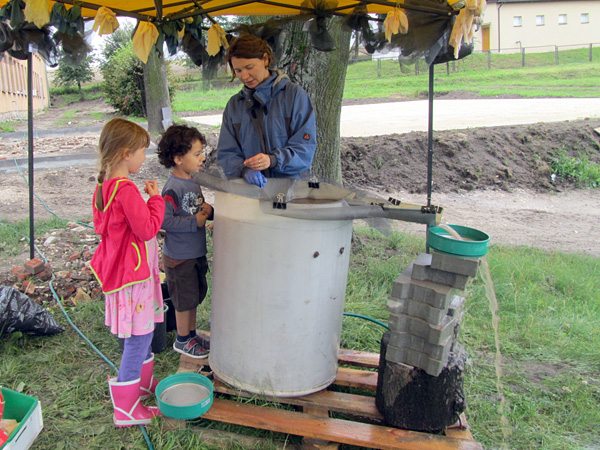 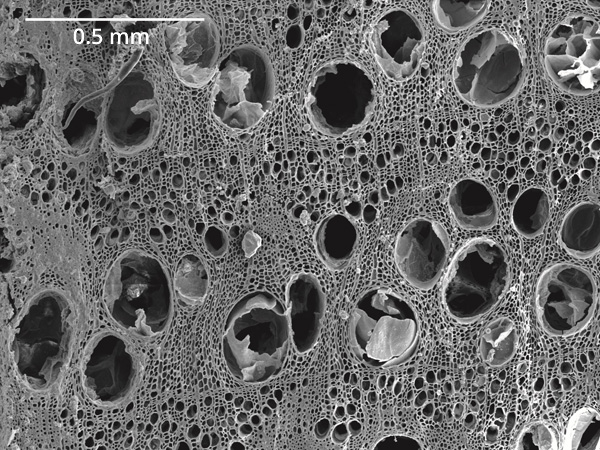 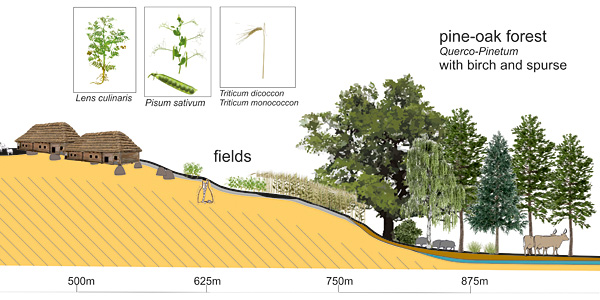 Fragment of reconstruction of the landscape around Neolithic settlement of Mozgawa, located on loess area near the Nida river valley.
Figure: Marta Korczyńska.